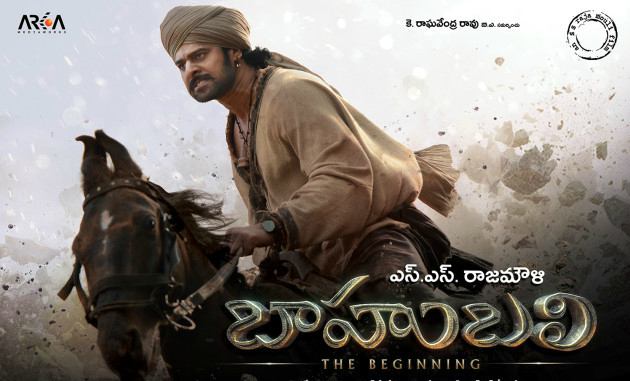 Advertisement
Bahubali Part 2 Movie First Look: The much most waited Indian Film Directed by SS.Rajamouli “Bahubali The Conclusion” Movie Features Prabhas, Rana Daggubati, Tamannaah and Anushka, is Ready to Release on 28th April 2017. The Movie makers are currently busy in shooting of war sequences in Ramoji film city.
From so many days film Critics the fans are eagerly waiting for the first look poster of Bahubali Part 2.According to the latest update, the makers are planning to release the first look poster of the movie on 23rd October on the occasion of Rebel star Prabhas’s birthday 2016. The official confirmation is awaited. In the film industry to release the first look or teaser on the occasion of actor’s birthday is very common and now audiences are also expecting same on the occasion of Prabhas’s birthday 2016.Bahubali The Conclusion movie first look poster will be releasing in Telugu, Tamil, Malayalam and Hindi languages .
Advertisement