Theprimetalks.com
Home Videos Baba Sehgal Is All That Donald Trump Needs To Win the US...
Advertisement 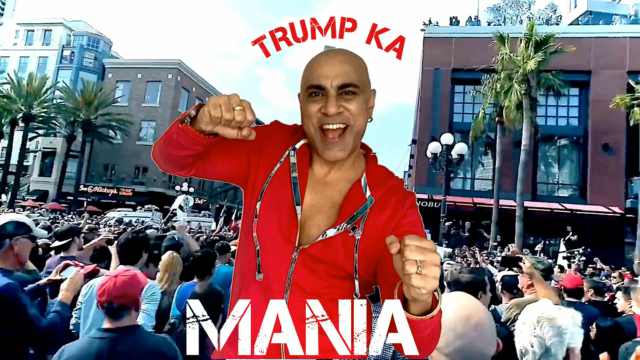 Advertisement
The 1990s pop icon Baba Sehgal has provided his opinions on everything from chicken fried rice and aloo paratha to flatulence and the need for hope in our lives.But now, seeing the kind of situation the world finds itself in, Baba Sehgal has decided to become political.
“Could not resist doing a track on Trump,” Baba Sehgal explains in the video description of his latest song. “This guy has something in him which puts him on top of the charts. He may or may not become the president of the United States of America but his popularity, temperament, and attitude has already won him millions of fans,” he added.
As a result, we have Trump Ka Mania, a rap song with a surprisingly catchy beat in which Sehgal begins, “”Everybody Bolein Trump Pam Pam Pam Pam PamTrump Boley Vote Karo Come Come Come Come(Everybody’s talking about Trump but Trump is talking about votes)”.
Sehgal raps, ”Hilary se uski Kabhi pat ti nahin Kursi se uski Nazar hat ti nation, trump ca mania from Mumbai to Kenya… (He doesn’t get along with Hilary, his sight never waivers from the throne, there’s a mania for Trump from Mumbai to Kenya…)” The music video uses footage from different Trump rallies and superimposes Sehgal on to images with American landmarks like Times Square.Whether or not BabaSehgal is a Trump supporter is difficult to say from the song, but the song has been created for the entrepreneur-turned-politician “with love from India”.
Advertisement