Ahead of the ground-breaking ceremony of the foundation stone-laying of Ram Mandir in Ayodhya on Wednesday, the temple trust, Shri Ram Janmbhoomi Teerth Kshetra on Tuesday shared images of the Ayodhya Ram Mandir New Design model of the grand temple. In a Twitter post, the Trust described the temple as “a unique example of Indian architecture”.

Shri Ram Janmbhoomi Mandir will be a unique example of Indian architecture.

Here are some photos of the proposed model.

Chandrakant Sompura added that the Ram temple will be constructed in Nagara style of architecture and will have five domes instead of two. The project is likely to be completed in the next three years once the construction work commences following the Ayodhya Ram Mandir bhoomi pujan event on Wednesday.

A series of Ram Mandir Photos showed a grand three-storey stone structure on a raised platform with multiple turrets, pillars, and domes. The Ram Mandir Ayodhya will be 161 feet tall and almost double the size of what was originally planned, according to its architect. The interiors show a high dome with intricate carvings. 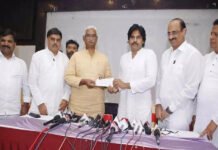 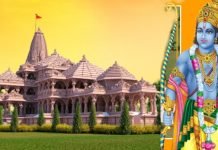 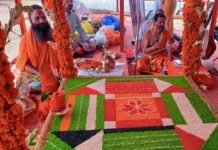