Watch Atkan Chatkan Trailer, a ZEE5 Original film presented by A.R. Rahman. Get ready to watch this inspiring story of Guddu, a child labourer with a burning passion for music, who forms a band with his friends. Atkan Chatkan Captioned ‘No dream is too big, no dreamer is too small’, Zee5 Premium launched the Atkan Chatkan trailer for the movie a few days after the introduction of the film’s motion poster.

The Atkan Chatkan official trailer starts with the normally despondent young Guddu, playfully skipping while clapping his hands against his sides to create a catchy rhythmic beat. The initial monologue accompanied by the beat takes off the trailer beautifully. While Gully Boy is filled with the inner rages of the 20-something protagonist, multiple expletives, and (some) unnecessary violence,

Atkan Chatkan is seen through the eyes of Guddu, a poor boy who dreams of studying in a local yet modern music school called the Tansen school. Portrayed to be somewhere between 8 and 10 years old, Guddu is uneducated and helps his father in earning money by selling tea. A musician at heart, he discovers that he can still produce music from anything and everything around him and starts off by using wooden sticks to beat metal piping, paint cans, and garbage drums.

He forms an orchestra group with three other children and they perform on the streets for fun. Together they create amazing music and soon catch the eye of a representative of the Tansen school. The representative informs them of a competition that will be held at the school, where the winner of the competition will get recognition for their talents and will be given admittance into the school.

The opposition faced by Guddu and Murad Ahmed where both their fathers don’t want them to go into music and the people around them is discouraging when it comes to the pursuit of their passion. But both protagonists have a group of friends who act as their support system when it comes to helping them achieve their dreams and keeps encouraging them through tough times. 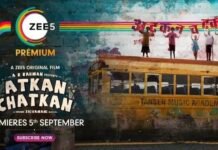 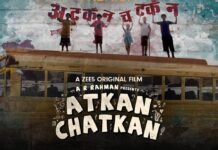