The Apple has appointed Ashish Chowdhary as Country Manager for India overseeing the sales function, the Apple company confirmed to IndianExpress.com. Ashish Chowdhary was earlier the Customer Operations Officer (COO) at Nokia, where he joined in 2003. He will take charge in January 2019. Apple CEO Tim Cook had in an earnings call recently said how the company has a “long-term focus on the market” in India.

Ashish Chowdhary’s appointment can be seen as a move in this step, especially with getting in a global leader with Indian background. Originally from Delhi, Chowdhary has held various leadership positions in Nokia, including Head of Asia Middle East & Africa and Head of Global Services Business Unit. His role will also make him site leader working with all functional leaders and teams across India. 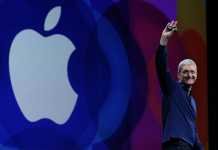