The Arjun Suravaram story is about an investigative journalist, who is wrongly convicted for swindling banks with fake certificates. He learns that a crime syndicate is behind the scam. He decides to take down the dangerous counterfeiting racket behind the crime. How he proves his innocence forms the crux of the story.

Actor Nikhil Siddhartha has delivered an electrifying performance, which is the highlight of Arjun Suravaram. Actress Lavanya Tripathi has done a good job and her chemistry with Nikhil Siddhartha is good. Vennela Kishore, Tarun Arora, Posani Krishna Murali, Nagineedu and Vidyullekha Raman have done justice to their roles, says the audience.

Arjun Suravaram is an official remake of Tamil film, Kanithan, director T. N. Santhosh almost made a copy-paste with a few minor changes in Telugu too. His idea of exposing the fake certificates mafia is good and executed the serious point with decent twists and turns. As the film mostly runs like a cat and mouse game between the hero and villain, the scenes related to it have come out well. Tarun Arora, who portrayed the main antagonist role in the film is decent on the screen and performed nicely. (Arjun Suravaram Pre Release Event)

Arjun Suravaram is a serious crime drama that exposes the facts behind signature and fake certificate mafia. Arjun Suravaram Telugu Movie has engaged the first half with its different backdrop, gets into a repetitive mode in the Second Half. All the scenes between the hero and villain keep the proceedings engaging, but lack of commercial elements and the non-commercial format may not go well with all sections of the audience. 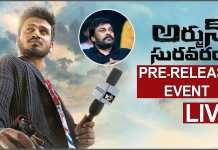 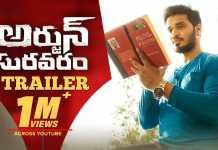