Reliable Apple analyst Neil Cybart has shared a report showing there are currently over 100 million people wearing an Apple Watch. According to the analyst, Apple Watch took less than six years to cross the 100 million milestones. Some of the data points revealed by the analyst claim that 30 million new users started using an Apple Watch in 2020, which was way more than the users in 2015, 2016, and 2017 combined.

Since the US has been an Apple Watch stronghold for years, adoption in the country has trended materially high in comparison to global figures. At the end of 2020, approximately 35 percent of iPhone users in the US were wearing an Apple Watch.

The analysis also highlights that Apple Watch has been popular among consumers because it has a “cool factor” for being a new kind of product and also for offering unique features such as monitoring activity and vital signs. In a recent report by Statista, Apple Watch currently holds 55 percent of the global wearables market while Samsung only has a 13.9 percent share. The third notable player in the wearable market happens to be Garmin with an 8 percent share of the global market. 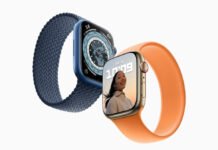