Amazon announced that the Apple TV app is now available for Amazon Fire TV users around the world. Amazon Fire TV users in over 60 countries can now download and enjoy the Apple TV, the company announces. Commenting on the partnership Amazon says in an official press release, “For the first time ever, users can watch the movies, TV shows and channels they purchase from Apple on their Fire TV.”

Amazon says, “The Apple TV app is the home of Apple TV+, which will feature a highly anticipated lineup of original shows, movies, and documentaries, including “The Morning Show,” “Dickinson,” “See,” “For All Mankind” and “The Elephant Queen.” 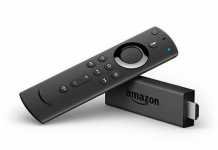