Apple Technology Development Centre: Apple plans to invest $25 million in a phased manner to set up the centre in Hyderbad, which is expected to be operational by June this year. Boosting PM Narendra Modi’s Make in India initiative is the latest announcement from Cupertino giant, The Apple Inc. which is soon going to launch its first technology development centre in India at Hyderabad. The tech giant has allocated about 250,000 sq. ft. the area inside its IT centre at Hyderabad.

Advertisement
After Google and Microsoft it is now the turn of Apple Computer Inc to set up its technology development centre in Hyderabad. Apple plans to invest $25 million in a phased manner to set up the centre, which is expected to be operational by June this year. This would be the Cupertino-based giant’s first development center outside the US, and is likely to create around 4,500 job opportunities. The centre would primarily focus on maps to start with besides other R&D activities.
Apple’s technology development center is being built in Hyderabad’s IT corridor, alongside other IT giants like Microsoft, Infosys and Wipro among others. “The 250,000-sq ft centre will come up at Tishman Speyer’s WaveRock facility, built at a cost of around Rs 150 crore,”’ a senior government official said. “Apple had applied for space at the notified SEZ which has been approved,” the official added.
Google too is not far behind as its CEO Sundar Pichai, has already announced plans to construct a new campus in Hyderabad that will cost the company $160 when build this will be the Google’s biggest campus in the South Asian region.
The news comes months after Apple CEO Tim Cook meeting with Prime Minister Narendra Modi in San Jose to boost the Make in India initiative. Apple is also planning to launch a series of new stores throughout India soon.
Advertisement 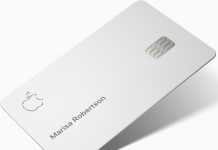 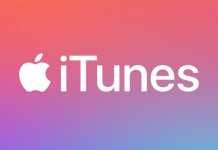