Anushka Sharma bagged her Filmfare Award for Best Supporting Actress for ‘Jab Tak Hai Jaan’ where she  played the role of a documentary filmmaker in the movie.Aamir Khan’s ‘PK’ remains one of the most successful movies of actress’s career. The actress also braved into production with ‘NH 10’ which got rave reviews from critics. Anushka stands in the que of a very few actresses who have been able to make a mark as the female lead in the industry.Apart from her skills, the actress often hogs the limelight for her relationship with Indian Test Captain Virat Kohli.The brave Anushka, never really shied away from making a public appearance with her real life hero. Her upcoming ventures include mega release ‘Sultan’ with Salman Khan. 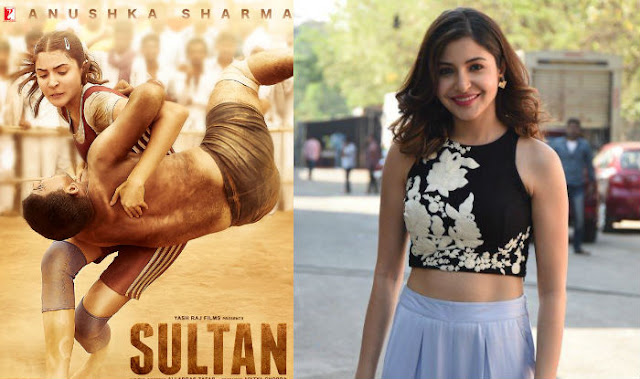 Anushka Sharma 28th Birthday Gift: “Salman Khan brought the best birthday gift for Anushka Sharma. The makers of “Sultan” Movie have released the second teaser of the film that introduces Anushka Sharma aka Aarfa as the “Haryana ki sherni and Sultan ki jaan.” After the first teaser of “Sultan” that showed Salman Khan knocking down his opponent, the new teaser shows Anushka’s tough avatar as she offers some impressive “dhobi pacchad” to her opponents.

Sultan Movie Teaser 2 Review/Talk:“Sultan” teaser 2 first shows Anushka doing some household works and then she is seen doing pull-ups. However, the most exciting part of the second teaser is when the actress knocks down a male opponent inside the ring.Another interesting part of the new teaser is Salman’s voiceover in Haryanvi accent as he introduces Anushka as “Haryana ki sherni and Sultan ki jaan.” Directed by Ali Abbas Zafar, “Sultan” will present both Salman and Anushka as wrestlers.

The first teaser of the film, introducing Salman Khan as Sultan Ali Khan, managed to garner a whopping 10 million views in under six days after being released on YouTube.Interestingly, just like the previous teaser trailer, this one does not feature any dialogues either. What both trailers have in common is a narration set to the tune of some intense music.