Andhaghaaram Movie is directed by V Vignarajan, in his directional debut and produced by Atlee under his A for Apple Productions, alongside Sudhan Sundaram and Jayaram under their banner Passion Studios and K. Poornachandra’s O2 Pictures, Andhagaaram Cast Arjun Das, Vinoth Kishan, Pooja Ramachandran, Misha Ghoshal and others in pivotal roles and has opted for a direct OTT release on Netflix. Let’s Checkout Andhaghaaram Movie Review, Rating, Story:

Andhaghaaram Movie Story: Suryam (Vinoth Kishan) is a blind guy who needs money urgently for an operation. Vinod (Arjun Das) is a cricketer suffering from delusions. Dr. Indra (Kumar Natarajan) is a renowned psychiatrist looking to restart his practice again after a fatal accident nearly kills him. How the lives and different worlds of Suryam, Vinod, and Dr. Indra collide, and what is its outcome is in simple terms what the Andhagaaram movie is all about?

Andhaghaaram Movie Review: Debutant Director Vignarajan has a solid theme in hand – four different people, four different stories, all connected by a single thread. Each character is neatly written and has enough meat. The actors, too, have sunk their teeth into their parts with much gusto. Arjun Das showcases both his machismo and vulnerability with ease – he’s aggressive in the scenes in which he desperately wants to get away from the caller, and cowers with fear when he realizes that he may have encountered something paranormal.

Vinoth Kishan impresses as a visually impaired librarian – he is effortless while dealing with Braille and totally looks the part. Pooja Ramachandran and Kumar Natarajan have played their parts subtly but leave behind a deep impression. Edwin Sakay’s camera Rembon Balraj’s art production and Pradeep Kumar’s music enrich the narration.

Andhaghaaram Movie Verdict: Overall, Andhaghaaram is a well-directed and acted thriller that is way too long. It requires tonnes of patience. If you have it, and additionally are willing to go easy at the end, then there is a worthwhile movie to watch. 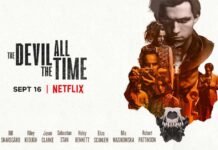 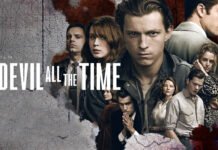