Popular Telugu Television Anchor Suma Accepts Green India Challenge and planted saplings in the city on Tuesday. Suma was nominated to the challenge by actor Jayasudha. Contributing her might to the cause of the environment, the chirpy anchor planted three saplings and, in turn, nominated Junior NTR, Rahul Sipligunj, Manchu Lakshmi and Omkar for the challenge. She thanked TRS Rajya Sabha MP, J Santosh Kumar, who is also the patron of the challenge, for initiating the Green India Challenge.

From a humble beginning, the challenge with a concept of each person planting three saplings and taking caring of them has turned into a people’s movement with people from different walks of life becoming part of it. The tree plantation drive to the one crore mark was planted by MA&UD Minister KT Rama Rao some time ago and the two crore mark was reached with Santosh Kumar planting a sapling.

“Thank you, queen, of the small screen Suma Kanakala for planting saplings as part of the Green India Challenge. You carried a very good message to make this place be kind for future generations,” he said, concluding his tweet with hashtag #HaraHainTohBharaHai.

Telangana: One crore saplings to be planted marking CM KCR’s birthday on Feb 17 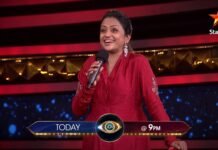