Advertisement
What is this Rashmi Ji..??? Somebody asked her what is this?”.
The actor had asked Rashmi Gautam as to why she did this. He also asked his friends and followers to pose the same question to the $exy actor.  He, however, did not talk about much as to when was the incident took place. Both Rashmi Gautam and Rajiv Kanakala are acting in their upcoming Charuseela Movie. Actor Rajiv Kanakala did not reveal whether the slap by Rashmi Gautam was part of the film they are together or it took place in real life. The fans of Rashmi Gautam are scratching their heads now.

The Charuseela movie is a romantic comedy entertainer directed by V Srinivasa Reddy and produced by V Sagar under Jyothsna production banner while Suman Jupudi scored music for this movie. Rashmi Gautham and Rajiv Kanakala are playing the main lead roles along with Brahmanandam and Jabardasth Team in supporting roles. 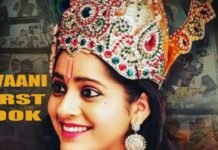 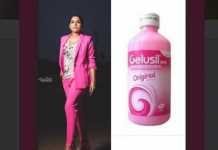 Rashmi Gautam Trolling Herself by Comparing Outfit with GELUSIL ANTACID 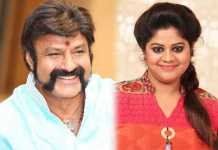