The current lockdown has put many small budget Telugu films under severe pressure that the producers are looking for other avenues to reach the audience. Amrutharamam is the first Telugu film to directly release on an OTT platform. Zee5 has released Amrutharamam a romantic drama that was entirely shot in Sydney, Australia. Here Check out Amrutharamam Movie Review, Rating, Story, Hit or Flop Talk.

Amrutharamam Movie Story: Amrutha (Amitha Ranganath) lands in Australia for her higher studies. The moment she sees Ram (Ram Mittakanti) it is love at first sight for her. After a while, even Ram falls for Amrutha, and the couple enters a live-in relationship. But the possessive attitude of Amrutha does not go well with Ram. He keeps getting irritated and leaves Amrutha after one particular big fight. The rest of the story is about how Amrutha wins her love back.

Amrutharamam Movie Review: The film is about the unconditional love of a girl towards a boy. Her love has no limits and can go to any extent to be with him. But there should be a strong reason for someone to fall so madly in love with a person. Moreover, Ram is not someone who can sweep a girl off her feet. However, Amrutha has no option but to fall in love with him at first sight as the script demands her to do so. At least, the romantic situations between them should have been written well. She falls in love with him for no reason and he reciprocates and then starts the lip lock saga.

Amrutha Ramam Movie Verdict: Overall, Amrutha Ramam is a feel-good emotional drama between two souls. The chemistry between the lead pair and emotional second half makes the film a sure shot watch. So, this is not the kind of film that you would watch on a normal Friday. 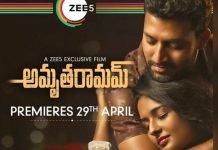 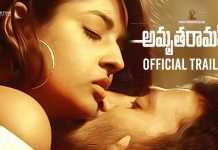 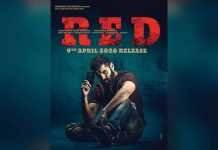