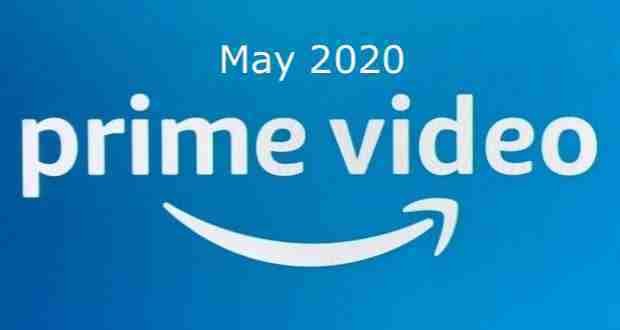 Amazon Prime Video May 2020 Releases: New month, new binge-watching material and with theaters still largely shut down as the world strives to recover from the COVID-19 pandemic, streaming options are more key than ever. Thankfully, if you’re looking for something new to watch next month, Amazon Prime Video has a pretty diverse variety of options set to make their debut, including new and returning original series and a pretty wide variety of new movies too.

Taapsee Pannu-starrer THAPPAD revolves around how one act of physical violence is capable enough to burn down an entire marriage. Since the film released around the time the lockdown was announced you may have missed it in the theatres.

2. A Beautiful Day in the Neighborhood Amazon Prime Release Date: May 1, 2020

Tom Hanks portrays Mister Rogers in a timely story of kindness triumphing over cynicism, based on the true story of a real-life friendship. Watch the movie on 1st May.

In 2033, people who are near death can be “uploaded” into virtual reality hotels run by 6 tech firms. Cash-strapped Nora lives in Brooklyn and works customer service for the luxurious “Lakeview” digital afterlife. When L.A. party-boy/coder Nathan’s self-driving car crashes, his high-maintenance girlfriend uploads him permanently into Nora’s VR world. Upload is created by Greg Daniels (The Office).

A love letter to mime (and to a coat) written by award-winning idiot Tom Walker, who keeps talking during what he insists is a mime show.

Australia’s favorite double act Colin Lane and Frank Woodley have reunited to create the comeback masterpiece FLY. No more stupid silly nonsense, it’s time to make THEATRE! An epic show about the history of aviation, no less. There is no reason whatsoever to think this will go as planned.

Tragedy changes Theodore Decker’s life after his mother was killed in a bombing at the Metropolitan Museum of Art. He holds on to painting as hope from that tragic day. Watch the movie on 8th May.

Australia’s 2019 Gold Logie winner. Chief celebrity interrogator. The host of the highest-rating quiz show on TV. There’s not much Tom Gleeson hasn’t been up to lately. Gleeson is one of the sharpest minds in Australian comedy. His shows are relentlessly hilarious and masterful. Now the world can watch the great man live on stage, in his natural habitat, and in the form of his life. Experience the JOY.

Anne Edmonds is the rock star of Australian comedy and everybody knows it. Welcome to her debut special. In just one hour, she’s going to tell you what’s wrong with you and everyone else. ‘The best comedian in Australia’ – Herald Sun.