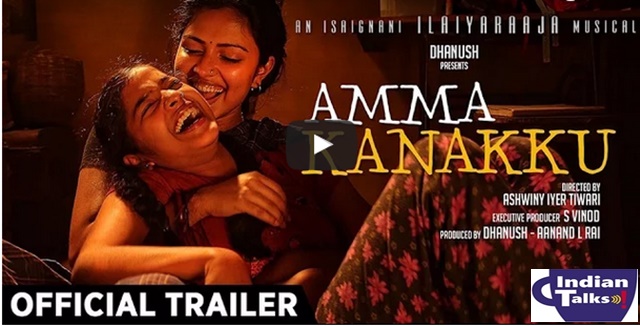 Amala Paul’s Amma Kanakku Movie Trailer Released. Hero Dhanush under Wunderbar Films is bankrolling the project jointly with Anand L Rai. It is the remake of bollywood successful film ‘Nil Battey Sannata’ directed by Ashwini Iyer. The film stars Amala Paul, Revathi and Samuthirakani in the lead roles.
The Amma Kanakku movie talks about the mother child relationship. It makes us feel about our parents who sacrifices their life for our brighter future and It also tells about the value of education.