Amala Paul Reveals about Shooting Naked Scene in Aadai, Actress Amala Paul naked scene in Aadai teaser had sent ripples across the industry. A 27-year-old Tamil actress received both praises and criticism for her act but it has also created a lot of curiosity among the audience to find out what’s next in store. But the Actress Amala Paul recently revealed that she was feeling very stressed and nervous before shooting the nude scene.

The particular scene demanded Amala Paul to be completely naked and the producer had told her about a special costume that she would be wearing while shooting the scene. She asked him not to worry about it. But when the day arrived, Amala Paul got anxious and wanted to know all the intimate details about how the scene was going to be shot.

Speaking about Addai’s nude scene, Amala Paul revealed that it was shot in the presence of a few people. In an interview with The Hindu, Amala Paul said, “It is only when I reached that point, I was feeling stressed. I was anxious to know about what is happening on the sets, who were all going to be there, and if there was security.” Director of Aadai, Rathna Kumar had organized a relatively closed set for the scene. “There were only 15 people on the sets. I wouldn’t have done the scene if I didn’t trust the crew,” Amala Paul added.

If it wasn’t for Aadai, Amala said that she would’ve quit the film industry as she was not getting good offers from filmmakers. “I was telling my manager that I wanted to quit the industry because the synopsis I was receiving from filmmakers all felt like a lie. Yes, they were heroine-centric… but the concepts were simple. Like a rape victim, her struggling against the odds and gaining revenge, or a wife who supports her husband endlessly, or a sacrificial mother. I had no interest to be a part of these lies,” Amala said adding that she didn’t trust it was an original script when director Rathna Kumar had approached her for the role. 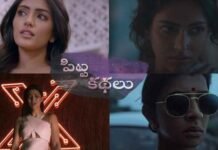 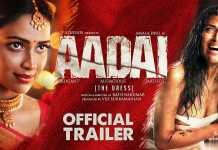