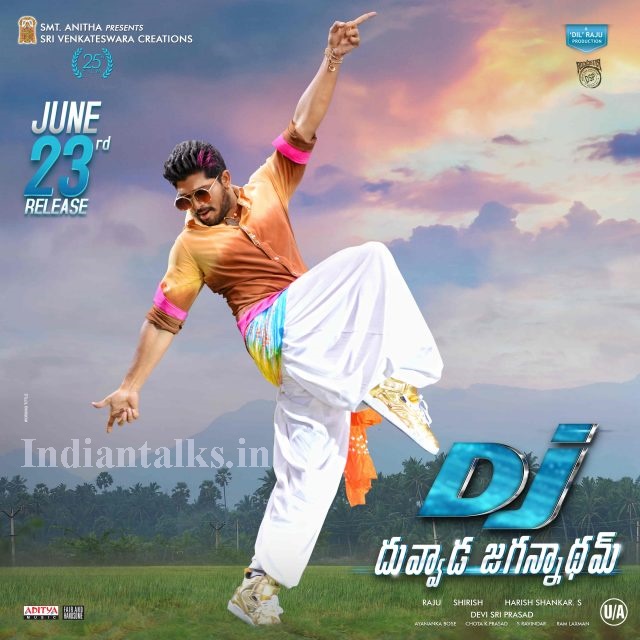 Duvvada Jagannadham Censor Review: The Tollywood Stylish star Allu Arjun is gearing up for the release of his upcoming film DJ-Duvvada Jagannadham.The film is hitting the big screens on June 23rd, 2017 worldwide and will cover maximum theaters in the Telugu states. Directed by dynamic Harish Shankar, the film has Allu Arjun playing a traditional Brahmin role which he hasn’t donned in his career so far. (Listen to DJ JukeBox Songs)

‘DJ- Duvvada Jagannadham ’ has completed censor formalities and received ‘U/A’ certificate by the members of the regional censor board. The film has passed the censor screening without any cuts.
The dynamic director Harish Shankar had written – “DJ is that one special film for me where I pushed myself as a writer and director to deliver the best. As a result came up with one of its kind climaxes.” With so much buzz around the film, looks like Duvvada Jagannadham will release to a huge opening at the box office.
Duvvada Jagannadham features Pooja Hegde in the female lead role while Rao Ramesh plays a pivotal role in the film.Produced by DilRaju under the banner of Sri Venkateswara Creations and the film has the music by Devi Sri Prasad. ( Check out DJ Movie Review & Rating )
Advertisement
Advertisement