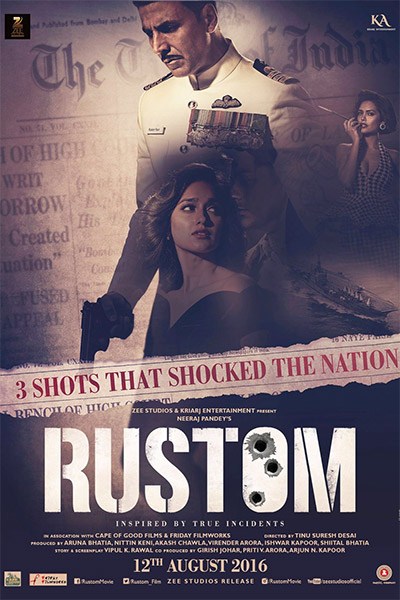 Rustom Movie Motion Poster: The makers of Rustom seem to be in a hurry to begin the promotional campaign of the film and Akshay Kumar, in almost every tweet related to the film, has highlighted the release date.Akshay Kumar is coming with a sensational crime thriller ‘Rustom’ which is also inspired by true incidents.

The makers also released two posters earlier and has come with another motion poster. Rustom has its roots dipped in the real life Nanavati murder case that happened in the late 50s. Akshay Kumar  is all set to impress everyone as a decorated officer and a complete family man while Ilena D’cruz plays his wife. He is playing an intriguing naval commander in the film.