Akhil Sarthak Is Pulihora Raja: Just a few days left for the Bigg Boss Telugu Season 4 grand finale. Bigg Boss Fans are waiting to witness the final episode of Bigg Boss. As we all know Bigg Boss is known for its controversial fights but this season lacked in every sphere. The more we saw in the season is only confusing the love track between the housemates. From the beginning of the show, Akhil and Abhijeet occupied a special place in the hearts of the show lovers. Thanks to the triangular love story between Akhil, Monal Gajjar, and Abhijeet; it has become the talk of the town.

Are you an avid fan of Bigg Boss Telugu 4? Then this question is for you. Who is Pulihora raja in Bigg Boss Telugu 4? In case, if your answer is Avinash then you are grossly mistaken. As Harika mentioned in Sunday’s episode, it is Akhil  Sarthak who is seen flirting with Ariyana and Harika. In a recent episode, Akhil Sarthak is seen threatening Harika to kiss him.

Now, some of the netizens are calling Akhil Sarthak is Pulihora Raja‘. Earlier, Avinash was called the ‘Pulihora Raja‘ in Bigg Boss house but now the tag was given to Akhil Sarthak. If we look at the recent episodes, it is clearly visible. One could see him flirting with Ariyana and Harika. In one of the episodes, he hugs Harika and tries to kiss her. In another scene, Akhil’s interaction with Ariyana is so cool, and literally, he is seen flirting with Ariyana. Here are some of the tweets. Just give a look at them.

One thing is pretty sure Akhil Sarthak’s relationship with every housemate is just a fake. He proved in friendship by betraying Sohel in last night’s episode and suggesting Harika give a hard task to him. Whatever it could be answers are best known to him. Netizens are slamming him for changing his plate from Monal Gajjar to Harika. 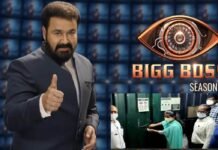 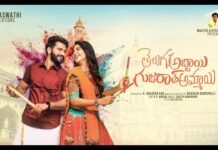