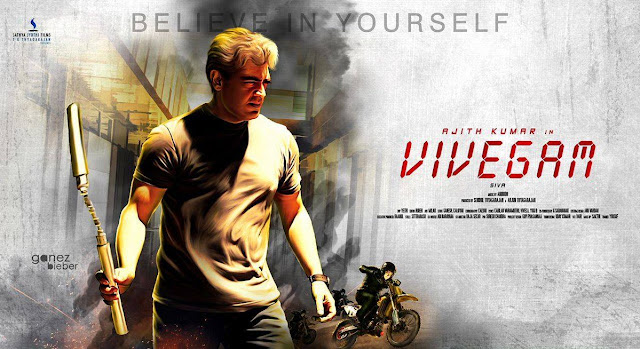 Vivegam Movie box office collection: Thala Ajith starrer Spy thriller drama Vivegam tracks the life story of an Interpol officer (Thala Ajith) and a set of events that in his life. Apart from Ajith, the film has other stars like  Kajal Aggarwal, Akshara Haasan, and Vivek Oberoi. The music is composed by Anirudh Ravichander.Vivegam had a great run earning, it has crossed Rs 100 crore mark after the first weekend.

Going by the collections, Ajith Kumar is having back to blockbusters with Yennai Arindhaal, Vedhalam and Vivegam all hitting the bullseye at the box office. Vivegam/Vivekam, directed by Siva,  released on 24th  August and received mixed responses by the audiences from everywhere.