Airtel is expanding its Airtel TV live service to the Web. The company has reportedly been testing it for a while, and it is finally offering the feature on the Web version. Previously, Airtel TV LIVE was only available on Android and iOS devices, but the consumers will now be able to access it on desktops, laptops, and any other device that supports a Web browser. Airtel subscribers will have to sign in using their mobile number and verify via an OTP before being able to consume content. All Airtel TV content is reportedly not accessible on the Web version yet.

The Web version will allow Airtel subscribers to access Airtel TV content, albeit not all content is offered yet. For example, Zee5 content was not visible on the website, but HOOQ integration was live. The Web version provides access to live TV and an array of movies for streaming. Before streaming, the users will be asked to log in using the OTP method. The subscriber’s premium membership is presumably verified before streaming content. The Airtel TV Web version can currently be accessed on Airtel Xstream website.

Telecom Talk was the first to report on this development, and it says that content support is being added bit by bit. It says that earlier live TV support wasn’t available, but that has now been added to the website. Airtel TV LIVE app currently offers 373 channels and 10,000 movies to its viewers. It competes with the likes of JioCinema and other OTT apps, and thus additional support on the Web will give it an edge over the others. 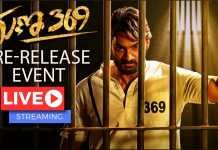 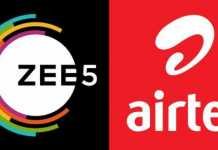