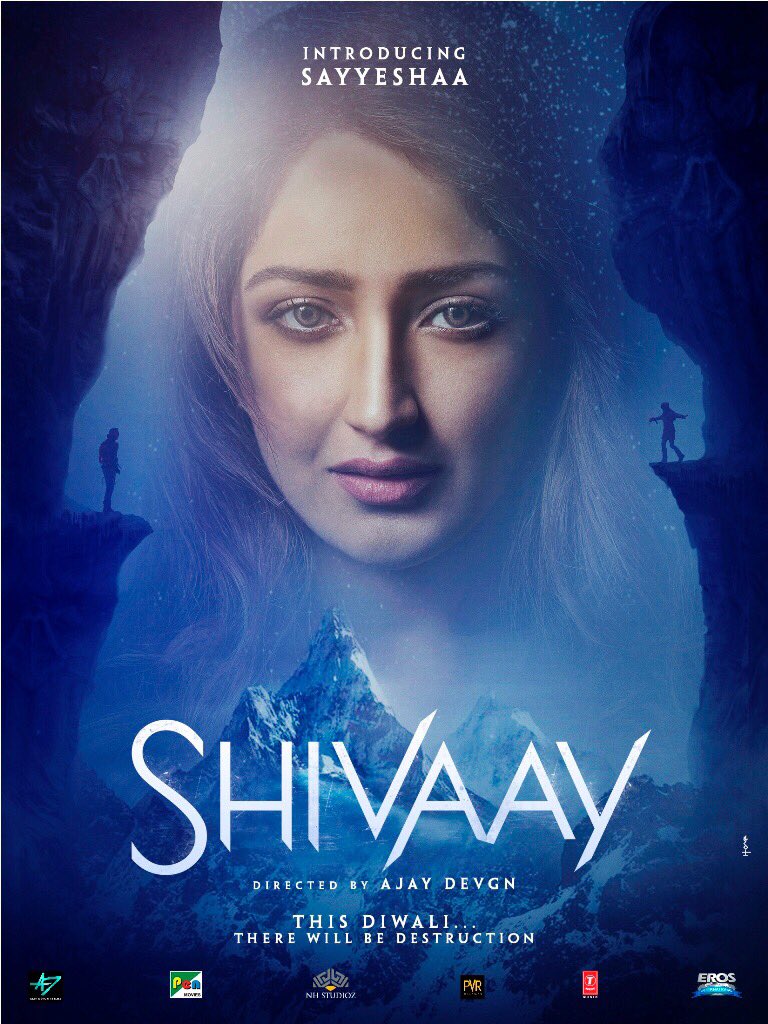 Bollywood actor Ajay Devgan’s upcoming film Shivaay’s poster has got here out which is also the first look of Sayyeshaa Sehgal. Sayyeshaa is a granddaughter of Dilip Kumar and Saira Bano who is going to make her Bollywood debut thru the movie. Ajay has shared this poster on twitter.

Ajay has shot this film on the whole in Bulgaria in snow valleys and as director that is Ajay’s 2nd movie. earlier additionally a few posters of the movie have launched which have proven some snow valley images in shape of trident and lord Shiva.that is to notice that Ajay Devgan is gambling a person who is a resemble of lord Shiva inside the movie and the movie is slated to release on Diwali.
Advertisement