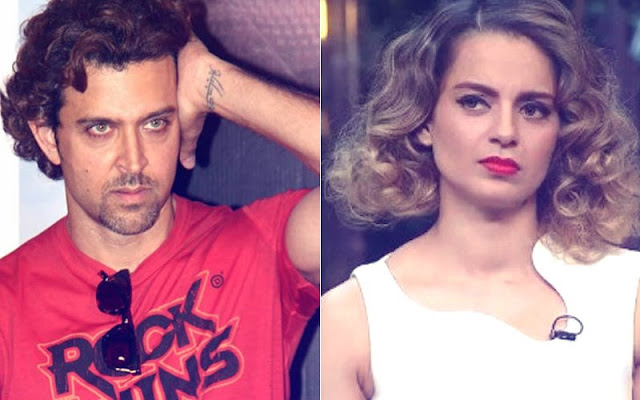 The Bollywood Actress Kangana Ranaut has now filed a complaint with the cyber cell of Mumbai Police against Hrithik Roshan.Her lawyer Rizwan Siddiquee has demanded preventive action against Hrithik Roshan under section 151 & 149 of CRPC. Siddiquee also maintains that Kangana Ranaut also reserves the right to file a criminal case for outraging the modesty of a woman in the complaint (of which we have a copy).
In the complaint, Kangana has accused Hrithik Roshan of trying to falsify case against her by relying on leaked emails. The lawyer further claimed in the complaint that those emails are hacked by Hrithik himself in May 2014. (SpotboyE released the copy of the police complaint.)
“We have countered Hrithik Roshan’s complaint made to the cyber cell. The matter according to my client stands closed,” Mid Day quoted Siddiquee as saying. “The emails are not reliable at all because her account was hacked since May 2014.”
Earlier this week, it was revealed that Hrithik Roshan’s legal counsel, Mahesh Jethmalani, had filed a police complaint on his superstar client’s behalf to the Joint Commissioner of Crime Department, Mumbai Police in April this year. The complaint was made public by the news channel Republic which reported that Hrithik has deposited all his phones and laptops with the police too.