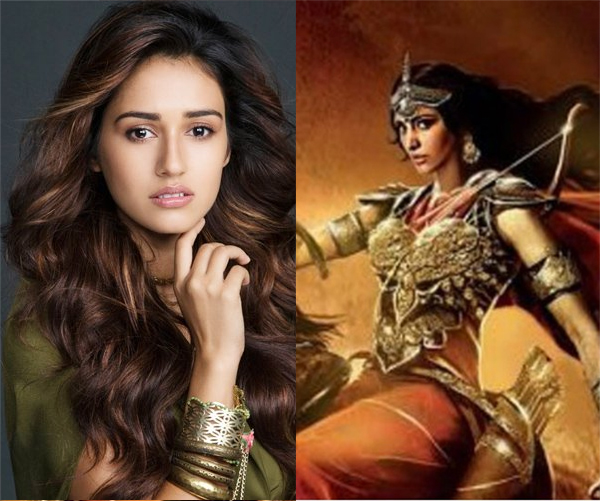 Disha Patani As Sangamithra: Actress Disha Patani has replaced Shruti Haasan as the lead in upcoming Tamil historical drama Sangamithra.Disha Patani took to Twitter on Saturday to share her excitement over the project.”Really very excited for Sangamithra. Can’t wait to start shooting for this wonderful film,” Disha Patani tweeted.
To be helmed by Sundar C. and produced by Sri Thenandal Films, the film will also be released in Telugu and Hindi.The film, which will also star Jayam Ravi and Arya, will have music by A.R. Rahman.
Initially had Shruti Haasan was the first option. However, she walked out of the film citing that she did not receive ‘a proper bound script or a proper date calendar’.
Meanwhile Putting rumours a stop Sangamithra film producer Hema Rukmani has announced on Twitter on October 21 that Disha Patani will be a part of the Rs 200 crore project. She tweeted, “Exclusive: Introducing @DishPatani as #Sangamithra! @khushsundar @MuraliRamasamy4 @actor_jayamravi @arya_offl @SangamithraOffl.”
A few Days Back Makers Released the first look posters of Arya and Jayam Ravi also released A synopsis of sorts about the film was also revealed by the makers, in which they had mentioned that Sangamithra will be set in 8th century AD.
The movie will document the journey of Sangamithra, who is out to save her kingdom.When the makers had tweeted the storyline, they had also mentioned that this is not based on any real-life story. This will also be in two parts and the first installment will hit the screens in 2018.”Sangamithra” will start shooting in December.
Advertisement