Anupama Parameshwaran is a young actress who has made her acting debut through the Malayalam film ‘Premam’ directed by Alphonse Putharen. She gave life to the character role of Mary which received critical appraisal from moviegoers. 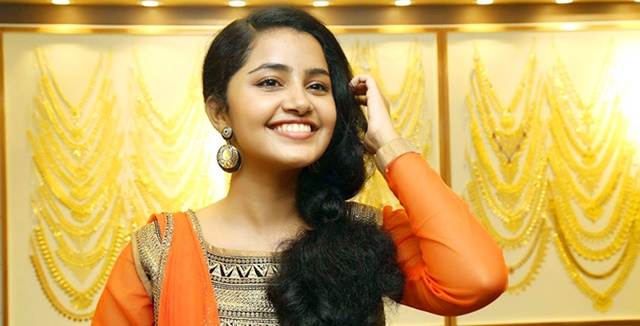 Advertisement
Early Life: Anupama Parameshwaran was born on 20th February 1996 at Iranjalakuda, Thrissur, Kerala as the daughter of Parameshwaran and Sunitha Parameshwaran. Her brother Akshay Parameshwaran is currently studying in 8th standard. Anupama completed her schooling at Don Bosco Higher Secondary School, Irinjalakuda and National Higher Secondary School Irinjalakuda, Thrissur.
She is currently pursuing her degree in BA Communicative English and Jo Anupama Parameshwaran Film Actress Profile, Biography and Upcoming Moviesurnalism at CMS College Kottayam. Being passionate about dance, music and drama, Anupama actively participated in various stage programs conducted during school and college fests. She was also a part of the dram club which functioned in her hometown. She was well supported by her parents to build up her talents.
Acting Career: After the smashing hit ‘Neram’, filmmaker Alphonse Putharen decided to cast few fresh faces in his second venture ‘Premam’. A facebook advert made by the young director motivated Anupama to send an application. Multitalented Anupama was called for the audition and got selected as one of the lead actress. The young actress truly enjoyed the shooting procedure and company of the crew members of the film.
One film old director Alphonse tried to keep silence about his heroines – Anupama Parameshwaran, Sai Pallavi and Madona Sebastian during the making of the film. As the songs ‘Aluva Puzhayude Theerathu’ and ‘Pathivayi Njan’ from the film ‘Premam’ featuring lead actors Nivin Pauly and Anupama hit YouTube, the young actress grabbed the attention of Malayalis world over.
From the release day onwards, malayalam film enthusiasts started loving the simplicity and acting brilliance offered by the young cast. Anupama could showcase her acting skills in silver screen. The smashing smile and long curly hair of Anupama became the talk of the town.
Advertisement