Theprimetalks.com
Home News Actress Amy Jackson Celebrates 25th Birthday
Advertisement
Actress Amy Jackson Born on 31 January 1992 in the United Kingdom, Actress Amy Jackson Celebrates 25th Birthday who turned 25 on Tuesday (31-1-2017), celebrated the special occasion on the set of superstar Rajinikanth’s upcoming action science-fiction drama Robo ‘2.0’.
Interestingly, this is her 3rd birthday spent on director Shankar’s film set. “Third birthday spent on Shankar’s film set and this time with Superstar Rajinikanth. I couldn’t ask for a better way to celebrate 25 Birthday,” Amy Jackson, who earlier featured in the filmmaker’s ‘I’, tweeted on Tuesday. Of course, it’s a stunner for sure to celebrate a birthday in the presence of Superstar Rajnikanth. For sure that is a great moment for lucky girl Amy Jackson. She will be seen as a heroine in prestigious Robo “2.0” Film.
In the film, Amy Jackson is paired with Rajinikanth, who will be seen playing a scientist as well as a robot. A sequel to 2010 Tamil blockbuster ‘Enthiran’, the film is being made on a whopping budget of Rs 350 crore. and also starring Akshay Kumar, Sudhanshu Pandey, and Adil Hussain, the Robo‘2.o’is gearing up for release this Diwali 2017.
Advertisement 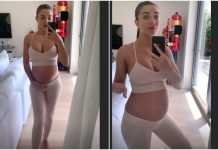 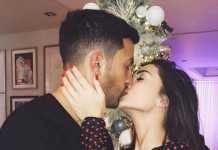