ACT Fibernet Offers 300Mbps Speed Upgrade: ACT Fibernet recently announced that it will upgrade the speeds of its broadband subscribers in India to as high as 300Mbps so that they can work from home. Not only that, the telco is offering an unlimited Fair Usage Policy (FUP). All of this is applicable to ACT Fibernet customers until March 31, 2020. Take a look at the recent ACT Fibernet announcement.

ACT Fibernet recently took to Twitter to break the news to its subscribers. “Feel the work from home advantage! To enhance your work efficiency at home due to the present scenario, we are upgrading your speeds to 300 Mbps* and providing you unlimited FUP for March 2020 at NO EXTRA COST.” the tweet reads. Though the Tweet does not explicitly say anything about this move being a result of the Coronavirus threat, it is certainly aimed at the same. Below is the tweet for reference: ACT Fibernet Offers 300Mbps Speed Upgrade

Feel the work from home advantage! To enhance your work efficiency at home due to the present scenario, we are upgrading your speeds to 300 Mbps* and providing you unlimited FUP for March 2020 at NO EXTRA COST. To avail the offer, log on ACT Fibernet App https://t.co/Gwz4nwtNjX pic.twitter.com/Mx3hZ73qKJ

To make use of the upgraded speed and unlimited data, ACT Fibernet users need to log on to the company’s official app on their smartphones and upgrade their speeds from the app. Furthermore, they can avail unlimited FUP from within the app itself. The company has promised that the announced benefits will be effective in pan-India. Customers making use of low-speed entry-level plans will also receive a bump-up speed of 100Mbps as part of the initiative.

The new move is aimed to help Act users who are working from home due to the growing outbreak of coronavirus. Globally, companies such as Apple, Facebook, Google, and Microsoft are encouraging their employees to work from home. Collaboration including Google Hangouts Meet, Microsoft Teams, and Cisco Webex have also been made free for some time to support remote working of people and avoid physical meetings worldwide. 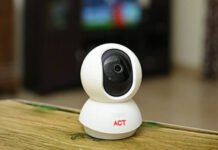 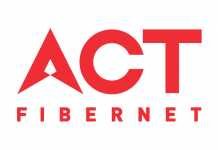 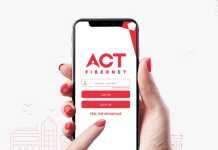 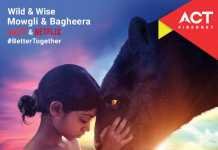