The Tollywood’s 1st hockey film A1 Express First look poster, Sundeep Kishan is seen taking off his shirt in celebration and waving it in a Hockey Stadium and Sundeep Kishan is also seen flaunting his toned six-pack and biceps. Sundeep Kishan is playing the hockey player and he lost 14 kgs for his 25th film. A1 Express Movie is helmed by Dennis Jeevan Kanukolanu, and it also has Lavanya Tripathi as a leading lady.

A1 EXPRESS FIRST-LOOK POSTER IS OUT

Humbly presenting to you our most Ambitious Film to date,TFI’s 1st hockey film

1st look of our Baby#A1Express ❤️

Sundeep Kishan and Lavanya Tripathi starrer sport-based film A1 Express is produced by People Media Factory in association with the Abhishek Agarwal Arts and Venkatadri Talkies. The makers have already wrapped up the entire shoot and started the post-production works. 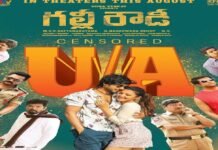 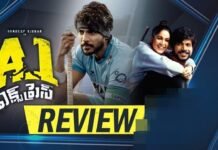