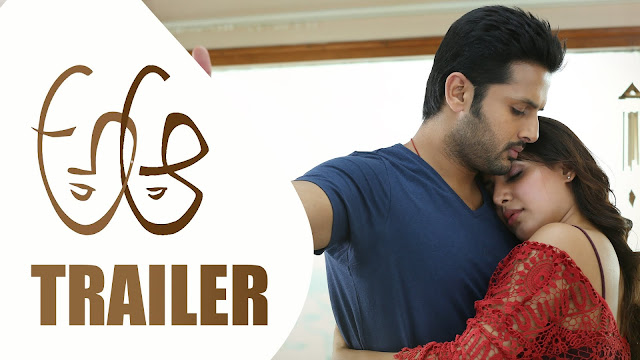 A Aa Movie Theatrical Trailer: A Aa is a complete family entertainer directed by Trivikram Srinivas. Nithin who is proving a success here for the last 4 films has tied up with Trivikram for another hit. Nithin has paired with Samantha in the movie and the chemistry between them is very good.

A Aa is produced by S.Radhakrishna under the banner of Haarika and Haasini Creations. The producers have worked with Trivikram for his previous film Son of Sathyamurthy. Trivikram Srinivas has also penned story and screenplay for this movie. Scroll down to watch the theatrical trailer of A Aa.

The trailer of A Aa is very good and it depicts the main story line of the movie. The movie has got a lot of curiosity during the project announcement with the title Anasuya Ramalingam- Aanand Vihari, which is shortly titled as A Aa. Mickey J Meyer has composed the music for this movie and he has produced some soothing music for all the songs which were penned by Ramajogayya Sastry and Krishna Chaitanya.