Sharing the 777 Charlie Teaser, Rakshit Shetty wrote, “We hope that you will receive our labour of love, with love. #LifeOfCharlie is now out. Proudly presenting the official teaser of #777Charlie in Kannada, Malayalam, Tamil, Telugu and Hindi (sic).” While he released the Kannada version of the teaser, Prithviraj, Nivin Pauly, Anna Ben, Nani, Prakash Raj, and Karthik Subbaraj, among others, released the Tamil, Telugu, Malayalam, and Hindi versions of the 777 Charlie teaser.

777 Charlie Teaser is heartwarming and tugs your heartstrings. Directed by K Kiranraj, the 777 Charlie film follows the story of a stray dog named Charlie and his companion Dharma (played by Rakshit Shetty) Both literally and metaphorically. She is full of life and naughty quirks and is set to win over every heart that comes her way, including Dharma’s. 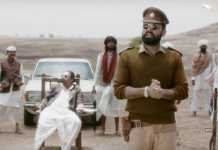 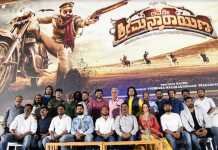