18 Pages First Look Poster starring Nikhil Siddhartha and Anupama Parameswaran was unveiled by the makers a short while ago to celebrate Nikhil Siddhartha’s 36th birthday today (01-06-2021). Through the 18 Pages pre-look poster itself, the makers had raised the expectations on the film and the latest 18 Pages first look poster also looked impressive and caught the pulse of movie buffs with its unique appeal. 18 Pages first look poster showcases Nikhil Siddhartha and Anupama Parameswaran is seen writing something on the white cloth which is placed on actor Nikhil’s eyes. Anupama looked classy draping a green saree and teamed it with a printed blouse while Nikhil Siddhartha sported in a tee. Even the colorful background of a neatly furnished room made the poster worth watching.

Even Anupama Parameswaran also shared the 18 pages first look poster on her Twitter page and revealed her character through this post Along with sharing the poster, the translation of Anupama Parameswaran’s tweet reads, “My name is Nandini. I like writing on paper like this rather than typing letters on mobile. Characters that are typed have no emotions and are the same no matter who typed them. But there is a feeling to every letter you write. It will have your signature on it. For some reason, it’s good to say this. #18PagesFirstLook”.

18 Pages Telugu Movie is going to be directed by Palanati Surya Pratap, Story & Screenplay by Sukumar, Music by Gopi Sundar and is bankrolled by Sukumar and Allu Aravind Presents under the GA2 Pictures and Sukumar Writings banners. 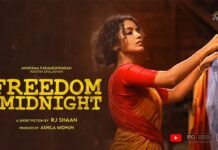 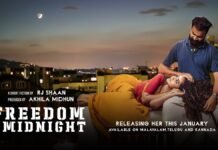 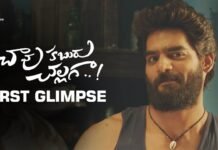 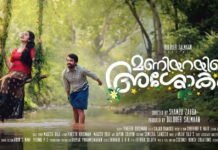